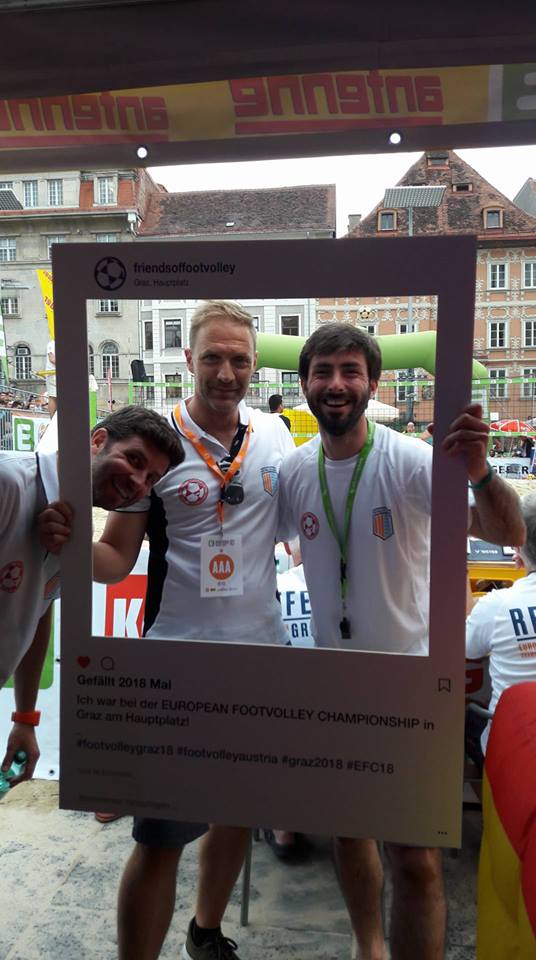 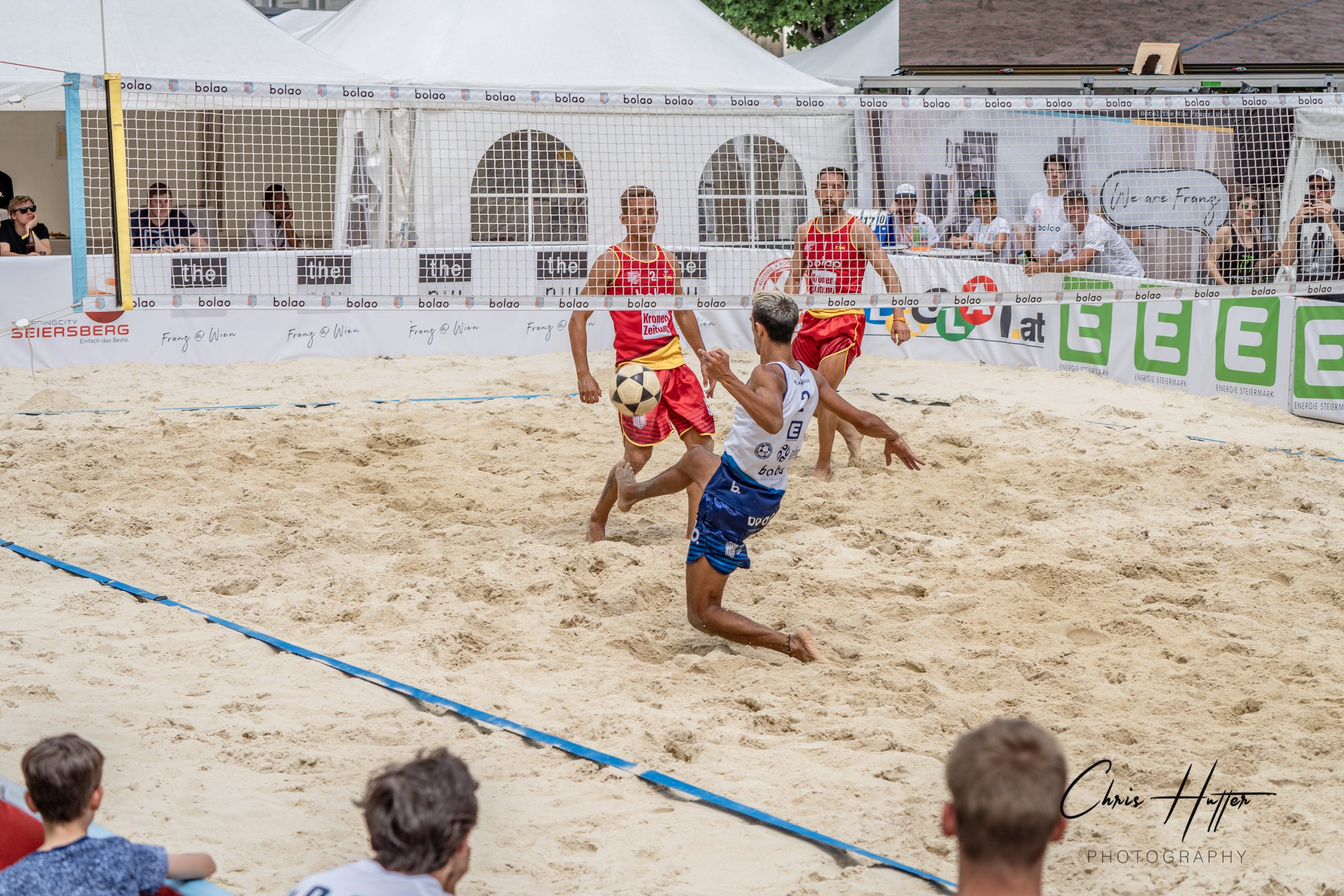 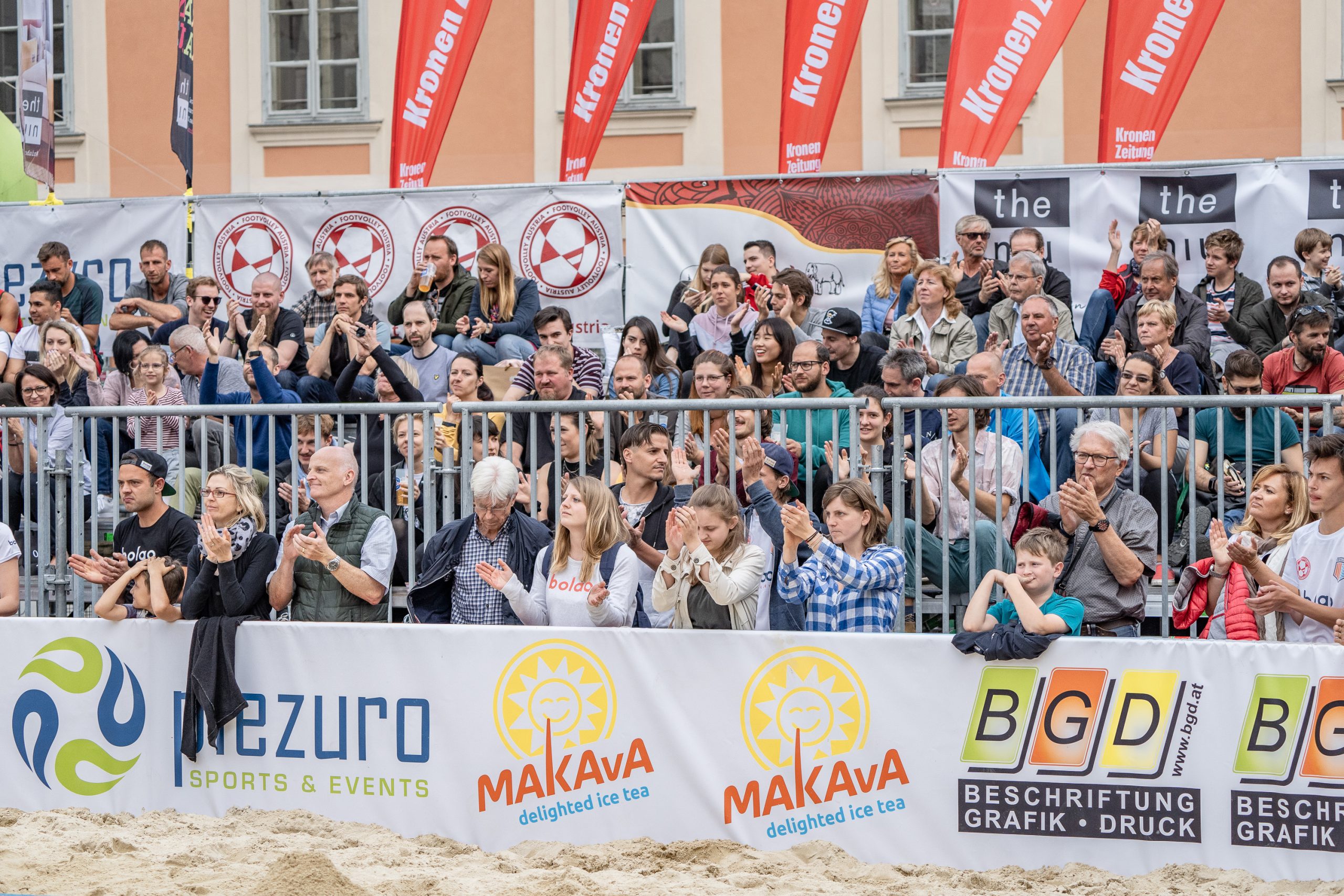 Ulli Hulsmans is ready for the EFVL World Challenge

The president of the European Footvolley League (EFVL) Ulli Hulsmans is already excited for the EFVL World Challenge taking place in Graz from June 24 to 26. In our interview, he talks about why Graz was chosen to host this special event, what he expects from the international teams and what is new about the “Casarista presents EFVL World Challenge Graz 2022 powered by Indie Burger”.

Why is the “EFVL World Challenge Graz 2022” special?

Ulli Hulsmans: The EFVL World Challenge is a unique event because it’s the first international footvolley tournament approved by all national and continental federations worldwide. This is a pioneer event and this concept is the first step to an official World Championship based on national and continental competition rankings. Currently a global federation of footvolley does not exist yet. So EFVL as the European federation took the initiative to meet and join forces with the other continents. That took a lot of preparation and many meetings, even in the middle of the night for some of the overseas ambassadors. But this will turn out to be one of the most important steps in the development of our sport. Our tagline is #unitedweplay and the World Challenge in Graz already brought us a lot closer to that promise. And the tournament hasn’t even started yet.

The motto #unitedweplay also stands for gender equality. Please tell us more about the concept of the tournament.

Ulli: What makes the World Challenge extra special is that we will have an equal representation of 12 male and 12 female teams competing for the exact same amount of prize money.  This probably also is unique in footvolley competition. It’s long overdue of course but the level of professionalism of the female athletes has risen so much in the past years that we decided to invest more budget to close the gender gap. Last but not least, extra attention will be given to our elite referee team. This year we have set up an EFVL Footvolley Referee licensing program. We can not underestimate the importance of our referees before, during and after the games. They are the backbone of our competition and the masters of ceremony in the sand. In order to recognise their investments in the sport, they will be evaluated during the event and, if all goes well, receive the official referee license after this World Challenge. Another important step in the recognition of our sport.

Why does the World Challenge take place in Graz?

Ulli: What better place to host an event of this magnitude than in Graz? For many years Footvolley Austria has been a frontrunner in developing the sport in Europe. And in the past decade Graz has been the footvolley capital hosting amazing international events. It is a beautiful and historical city with a loyal and very enthusiastic fan base. Footvolley is a beach sport but it can be played in cities of course. The city of Graz has proved this concept time after time. Each year players, referees, staff and fans look forward to participating in these well-organised, highly professional events. Not just for the competition aspect but also to enjoy the city itself with all of its features like the squares and parks, restaurants, bars and great hotels, easy transportation, shopping opportunities and of course the historical and cultural buildings and monuments. Graz is a young and modern city that has aged very well. Or is it a historical and cultural pearl that never grew old? I guess you have to find out for yourself.

What do you expect from the tournament?

Any footvolley event in Graz takes place in a great atmosphere on and off court. This time will not be different. The interaction between athletes and fans has always been very interactive and warm, and not only when the Austrian teams are playing. On the court spectators will be amazed by the quality of the games. Our male and female European teams have progressed enormously in the past 6 years. The scores are no longer predictable. A new generation of players have emerged and they are putting a lot of pressure on the old guard.

How do you see the competition between the European and international teams?

We are all very much looking forward to seeing the teams from other continents and their style of  footvolley. At the European level fans already know for example about the strength, speed and balance of Portuguese and German teams, the famous Corsican shoulder technique from the French, the refined and gracious style of Spanish teams and the wide range of spectacular attacks from Israel and Italy. But now they will have to compete with experienced professionals from Brazil and the relentless fighting spirit of team USA. Personally I’m really curious to see Singapore back in action. They represent the Asian Footvolley Federation. Their footvolley style contains elements of Sepak Takraw. It’s really hard to predict the results but I am sure we will enjoy each and every game.