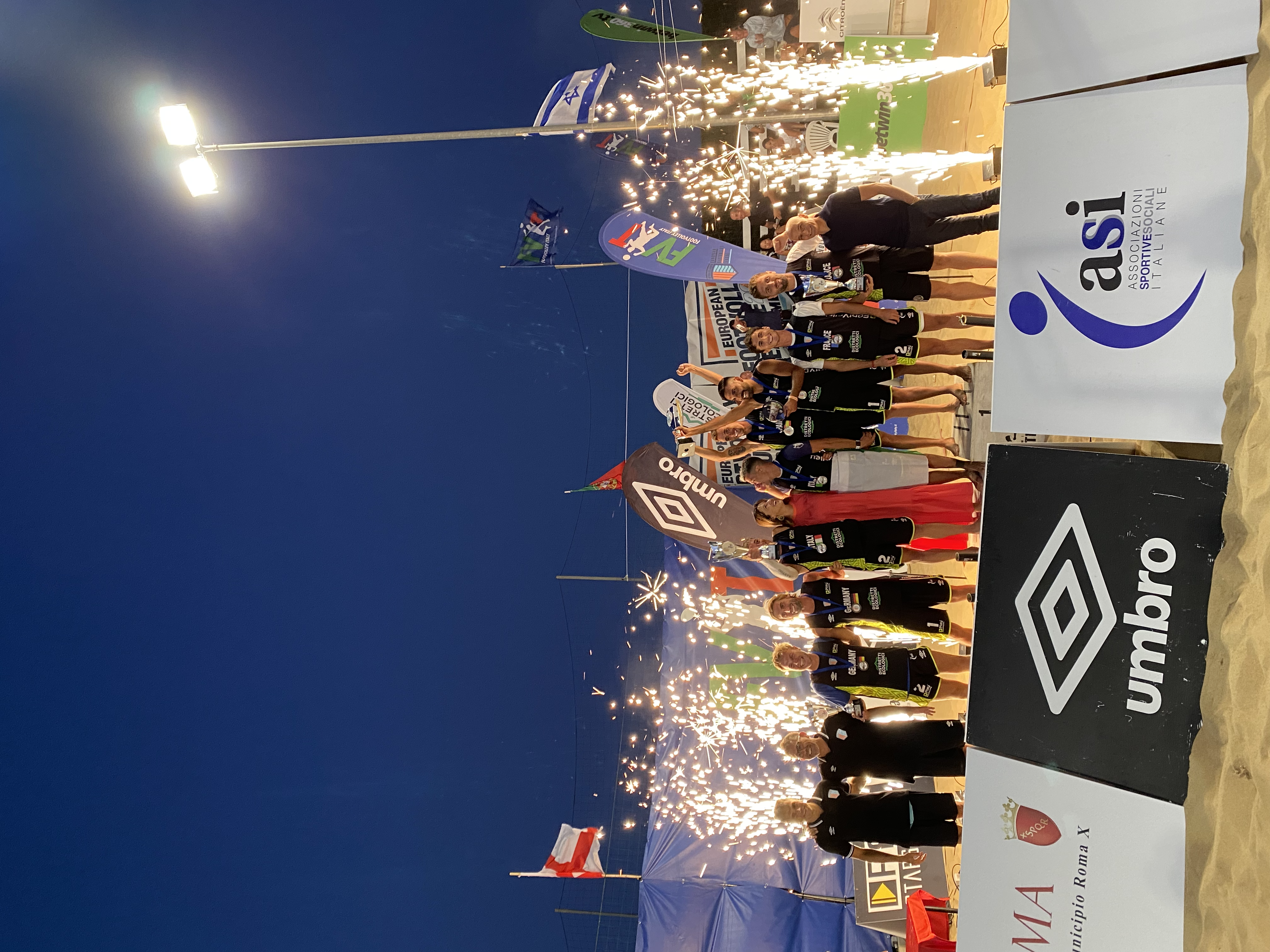 16 men’s and 8 women’s teams from 13 different countries met in Ostia, just outside the city of Rome, where the new European champions were to be determined.

Sunny weather all weekend long made sure that Europe’s elite players had perfect conditions to put on their show. The outcome of the draw guaranteed many exciting matches already in the group stage and the players showed once more that the overall level still keeps improving from year to year, while the gap between the top-tier-nations and the rest becomes smaller and the games become more even.

Spain (Juan Lopez/Facu Silva) was able to beat host nation Italy (Federico Iacopucci/Alain Faccini) in the final of the men’s competition, being the first Spanish European Champions since the founding of the EFVL in 2017. Third place went to Antoine Ottaviani and Dume Susini (France) who delivered an outstanding performance and to the surprise of many kicked out the defending European Champions from Israel (Maor Haas/Ron Ben Ishai) in the quartierfinals.

The women’s competition was dominated by the Italian team (Sara Cupellini/Elisa Mainardi), making a very strong impression from their first game onwards. They only lost one set in a thrilling semifinal against the later bronze-medalists from Spain (Itziar Cid Echevarria/Yoselin Silva Vera) but won the final 18:13; 18:13 against the Netherlands (Evelyn Dobbinga/Emmelie Van Der Velde).

Congratulations to all athletes for their achievements and their incredible display of skill. We are delighted as we are having a closer look at the results of our team bolao athletes:

First and foremost we want to send our special congratulations to Juan Lopez and Facu Silva who absolutely nailed it this weekend: being the most recent signing among the team bolao athletes, Facu and “Juanito” proved everyone that they are not only able to beat the best teams in Europe but that they are capable of winning the European Championship.

Furthermore a round of applause goes out to Joel Nißlein and Lukas Kicherer from Germany who played exceptionally well, winning against Spain (!), Sweden and Israel 2 securing rank 1 in the group stage. Joel and “Luki” ended up with the 4th place and proved that they are a team to look out for in the upcoming season.

The third team bolao couple in the men’s competition were the Austrian brothers Jakob and Klemens Hofmann-Wellenhof. Kudos for what they achieved at this year’s EFC: benefiting from an advantageous group, “Jacky” and Klemens managed to win all group games and advanced directly to the quarterfinals where they were defeated by the later champions from Spain.

In the women’s competition our team bolao athletes Antonia Missethan and Julia Rauch were the big favourites to win the title, coming to Rome as the defending European champions and having won the last EFVL tour stop in Schwäbisch Gmünd, Germany. Unfortunately they were not able to pull off the hattrick and struggled with the strong competition. After losing to Israel in the group stage, they faced Spain in the quarterfinal and unluckily lost in a three-set-match. Nonetheless they showcased great footvolley and definitely will be a force to reckon with in 2023. GEMMA!